Hello. I'm  Mary Helen. I was born in the Summer of 1981, the second of four girls in a wildy loud and wonderfully odd family. My Mom, a second-generation Swedish American from Downeast Maine, loved having babies. She had my older sister Sarah, then four years later had me. After a nine-month break she got knocked up with Heather, then backed off of the baby-making business for almost nine years before delivering Caitlin Ariel, the final baby in the family.

If you ask my mother, making babies is just about the most pleasant thing anyone could ever wish to do. She is one of those rare mamas who will tell you that her time spent pregnant was not only easy, but the most enjoyable periods of her life. And child birth? No problem. Legend has it that our mother popped out all four of us in record time. "It's easy", she'll tell you.

Now, my sisters and I have some theories on how much of this can possibly be true. My Mom is nothing if not a story-teller. Tall tales are a matter of course when it comes to our family history. Bar fights, mobsters, and giant river fish are recurring characters in these stories, so we always wondered about the validity of our Mother's version of pregnancy and childbirth.

When my sister, Sarah, had the first grandchild of the family our suspicions were confirmed. Sarah would call my Mom about morning sickness, and she would admit, "Oh yeah... I had a bit of that with each of you." Then it was the mid-point blues. "Well you're at the middle right? Oh yeah... the middle is hard." On to delivery. "Well you didn't come RIGHT away.  Come to think of it, I thought So-and-So would never come out!" Thus the Wizard of Oz  was thrust from her curtain. It turns out making babies isn't all rainbows and gumdrops after all.

I'm happy to say that I finally discovered the real truths about motherhood myself. I got pregnant in September 2013, and had my first baby (a sweet little boy I call Charlie) in May 2014, and in June 2018 I delivered a baby girl we named Sidney. My journey to parenthood wasn't as easy as my mom's. Rainbows and sunshine were often in short supply as my husband and I navigated first infertility and then recurrent pregnancy loss. It's been a wild ride, but I'm glad that we saw it through. The two children we have are the absolute highlight of my life and easily worth the pains and struggles we endured to have them.

Speaking of which, here's a summary of all that. 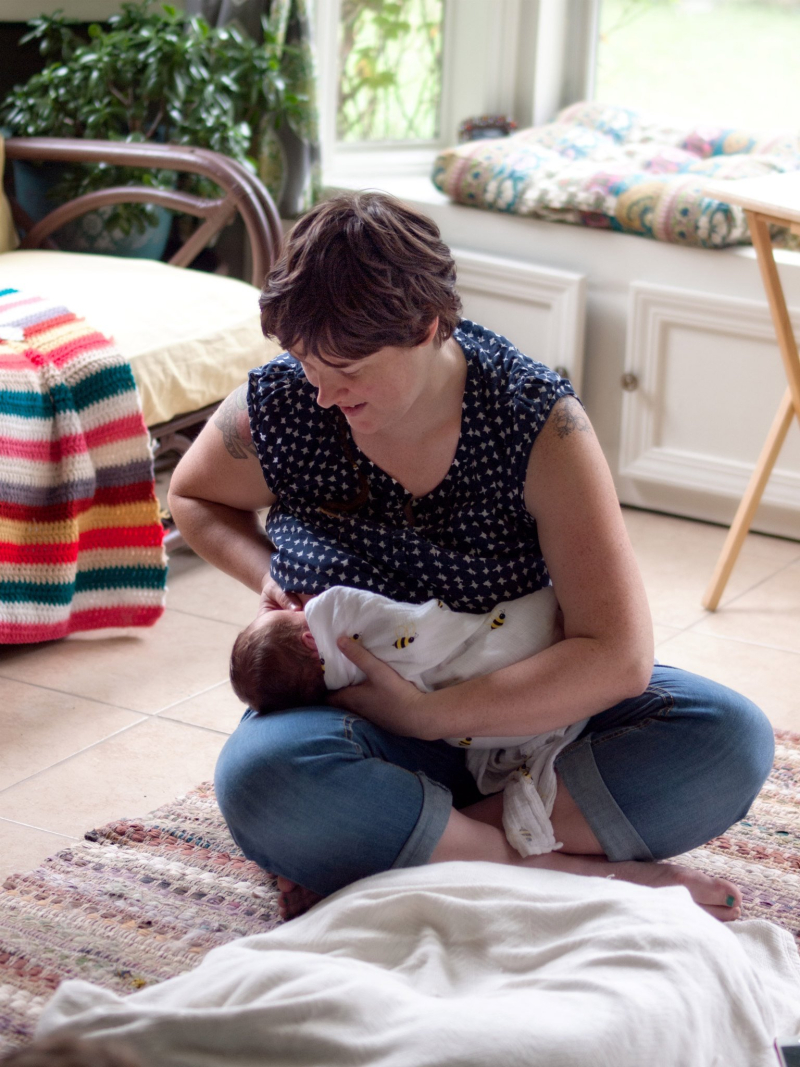 My husband, Scott, and I started our own baby-making adventure in 2010. It was then that I started popping prenatal vitamins, dedicating myself to getting healthier, and preparing my body for conception. I stopped taking birth control by the end of that year. Knowing it could take up to a year for my cycle to even out, we didn't start actively trying until Autumn 2011. After about six months I started charting my cycle, and wondering why we hadn't had any luck.

After a year I began to get depressed. We were wary of fertility treatments, especially because I have a history of being very sensitive to fluctations in my hormones. To complicate things further, I had a health scare that forced us to put TTC on hold for the first four months of 2012. When things got back to normal we started trying again, this time religiously charting, testing for ovulation, and crossing our fingers. Still nothing.

By the time 2013 was underway we began looking into fertility treatment and adoption. The financial aspect of both domestic and international adoption was daunting to say the least. We knew it would take us years to save enough to adopt a baby, but I was really nervous about going through fertility treatments. Since our insurance didn't cover any type of treatment, and only partially covered diagnosis, we weren't sure how we would be able to afford that either.

We finally went in to a treatment center for consultation in the Spring of 2013. After a series of tests, some worse than others, we were started on our first round of treatments. Considering these treatments were costing us upwards of $800 per month, and we couldn't predict how my body would react, we weren't sure how long we could keep it up.

Lucky for us, the universe smiled upon us, and we got pregnant right away. After years of waiting, not always so patiently, we were finally pregnant. I started this blog to chronicle the journey, from conception to delivery, and beyond.

I had my first miscarriage when I was 19 years old. I didn't tell anyone about it, and while it did royally mess with my heart and my head, I didn't think of it as being particularly meaningful from a medical standpoint. At the time, I thought that I'd lost the pregnancy because I hadn't taken good care of myself. I was a party animal back then and actually didn't even realize I WAS pregnant until just before I miscarried. Looking back, I realize that it's unlikely that I lost a baby from simply being an irresponsible teenager. Irresponsible teenagers are actually pretty good at getting and staying pregnant, after all.

Anyway, it would be more than a decade before it happened again. By then, it wasn't really even on my radar. Infertility had been rough, but after having my son I was on top of the world. I didn't have any idea how much harder this whole motherhood thing was about to get. 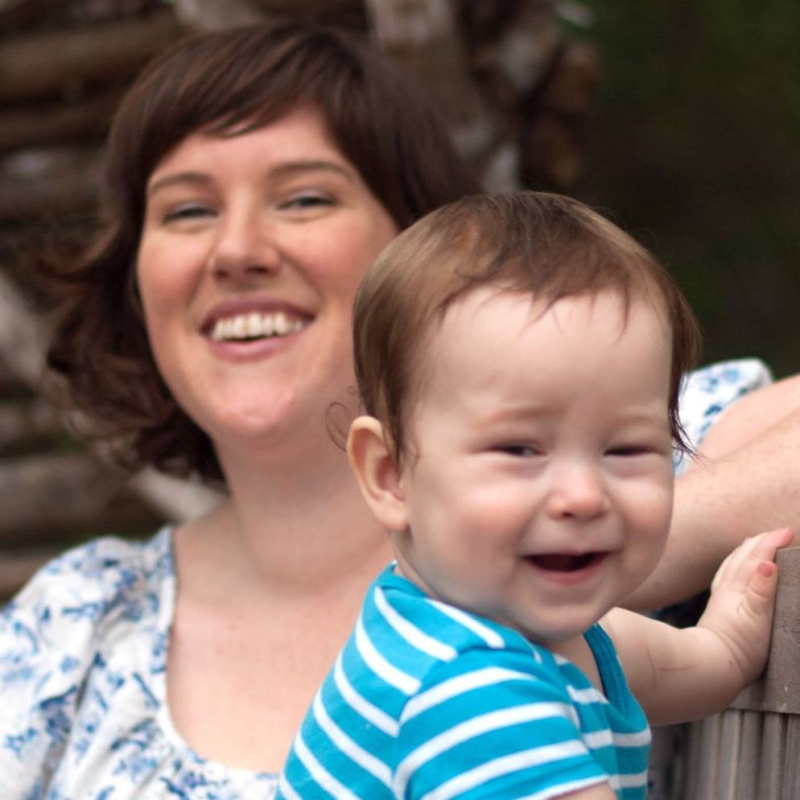 I got pregnant by accident a few weeks before my son's first birthday. Imagine that, after struggling with years of infertility, getting pregnant by accident! As if that weren't amazing enough the pregnancy occurred on my very first cycle. I hadn't even had a period yet since delivering C nearly twelve months earlier. I was a little shocked at first, nervous too, but I soon embraced this miracle baby.

We named the little one "Twoleo" and I spent the following weeks getting to know this tiny little presence in my belly. My toddler kissed my belly when I told him what was in there. He nuzzled up and whispered "baby" to his future sibling and my heart felt like it couldn't grown any bigger without bursting.

Then, just a few days shy of the twelve-week mark I started to cramp and bleed and within a few days my miscarriage was complete. To say that I was devastated, am devastated, doesn't even begin to explain how it felt.

The loss led to a diagnosis - something rare in these cases and perhaps a comfort in one way or another. I tested positive for something called Factor V Leiden and the MTHFR gene mutation. Basically it means that my blood is thicker than it should be, clots too easily, and dissolves clots too slowly. It's one of those things that most people never know they have and may never cause a problem or could suddenly cause a great big dangerous problem without warning. One of those big things is endangering your unborn babies. But, with a diagnosis came medication which could be used to safeguard future pregnancies.

So we tried again, then we lost that one too. This time, around the 6 week mark. It couldn't have been the Factor V since it had been medicated, so our doctor chalked it up to a chemical pregnancy - something that could happen to any woman.

So we tried again, and this one we lost at 8 weeks. We were able to have the remains tested for genetic factors this time, and it turned out that the fetus had triploidy, a condition which made it basically incompatible with life. This was a rare and random occurrence, according to my maternal fetal medicine doctor, but I was sorely discouraged and pretty well traumatized at that point. Meanwhile, my sister had suffered through three losses of her own, making us both feel utterly doomed when it came to having second babies.

It ended up taking a while for me to drum up the courage to try again after that. When we did, my old infertility issues came back into play making getting pregnant tricky too. We went back to the fertility center and started the same treatment we'd used to have Charlie. On our second month of trying we got pregnant - with twins! I was thrilled, terrified, uncertain, and just about every other emotion you could toss into the mix. But underneath all that I felt like having twins was going to be the universe's way of making things up to me. It had taken so much, after all. Giving me TWO babies seemed like a good way to start making up for it.

Sadly, the Universe did not get a chance to make good on the promise of twins. We lost one of the babies in the first trimester, then watched with intense trepidation and the most surreal mixture of joy and grief as the second twin continued to grow and thrive. That second twin was born in June 2018, and I still can't quite believe that she's real or that she's mine. 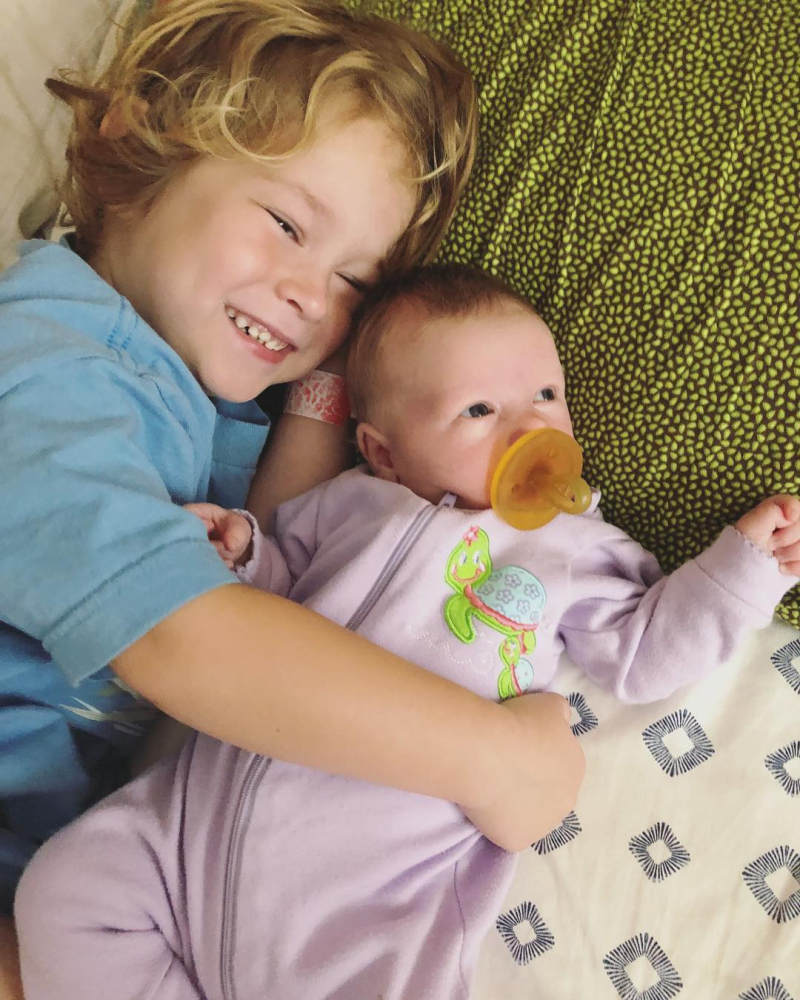 When you spend so long feeling doomed it is hard to let your heart feel blessed. But blessed is what I am. When I hold my two children in my arms I know that I'm beyond fortunate for their existence. I might even be crazy enough to go for a third. We'll see.

I've shared this baby-focused blog so that I'll have a space to open up about all of this with all the space and freedom I need. I hope my story will help other women get through their own. I'm always happy to talk to other women about my story. If you have questions, or just need an ear, please feel free to reach out. I'm here.