Thank you for the prayers. Last Tuesday we had been given the results of my latest hcg levels along with a seriously pessimistic opinion on the outcome of this pregnancy. I had a good cry and the next day called the high risk specialist to cancel our appointment. The nurse surprised me by insisting that I come in anyway just so they could take a look and make sure they agreed with my OBGYN.

Scott came with me, and as we sat in the office waiting for the scan we started to talk about what our next step would be. More tears.

We had our scan, and then the doctor came in. Seemingly oblivious to our perspective on things, he began to cheerfully explain how much he liked the looks of the yolk sac, my uterus, etc. I actually had to stop him and ask him if we were still having a baby. Oh yes we were, and there it was on the screen for us to see. The catch? This baby was approximately one week younger than our OBGYN thought it should be based on my last period.

That and my hcg levels weren't increasing at the most typical rate. He basically called that all a bunch of horse manure, and told me that as long as everything looked good in our viability scan the following week, and I took my medications along with a nice big dose of progesterone until about 14 weeks, we had no reason to think it wouldn't proceed as a usual pregnancy.

I was in shock, and I think I've been holding my breath ever since.

We just came from our viability scan and I am overwhelmed with joy and gratitude. Our little spark has a heartbeat, is positioned well in the uterus, and everything appears to be in great shape. Our little embryo is still quite tiny, but shows all of the good signs for a healthy pregnancy.

They come in all shapes and sizes. This Christmas ours will be about the size of a lentil. 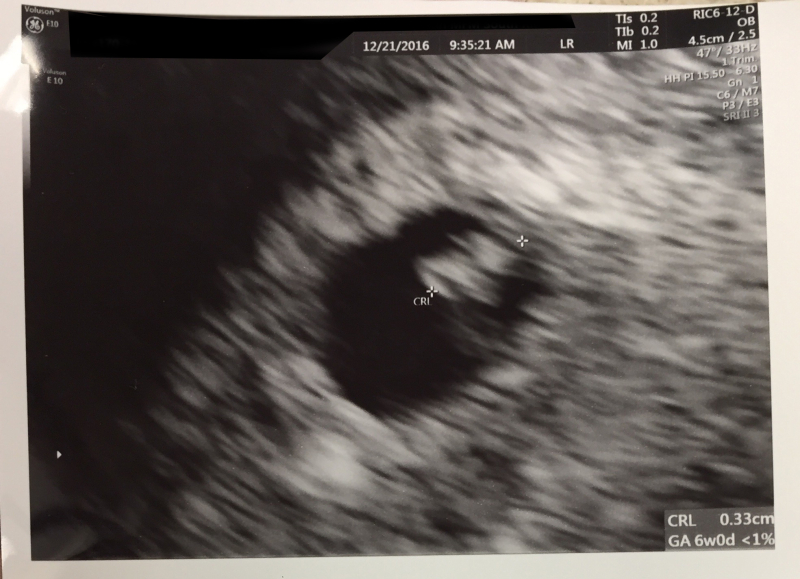 So many feelings! Of course, we still have a long way to go before we can truly breath easy, but right now I am feeling surprisingly calm and confident. I wasn't able to see either of my last pregnancies, or the one that I lost as a very young woman, so going for the scans has been extremely reassuring.

The rest, I suppose, is just a matter of faith. When I was pregnant with CC I started bleeding heavily around 8 weeks. I was terrified. Thankfully, we had been working with a fertility doctor at the time who was very proactive and asked us to come in and have a scan done right away. We could see the baby sitting perfectly happily in the uterus, but above him there was a large blood clot.

My doctor explained that as the blood clot dissolved and passed through my uterus there was a chance that the baby would pass along with it. Or, he said, the clot could pass or be reabsorbed by my body without interfering with the baby at all. We simply had to wait and see what would happen. Around 14 weeks the chances of the clot endangering the baby would drop significantly. Until then, I was put on bed rest.

I spent the first week of waiting in utter agony, but eventually I knew I had to make a decision. I could either spend the next six weeks expecting the worst or I could make a decision to have faith and expect my baby to be OK. I chose the latter, but it wasn't always easy to do.

Deciding to have faith and moving forward with optimism is one of those things that is certainly easier said than done. It isn't just a matter of denying or burying your fears, but embracing the best possible outcome instead. Someone once told me that fear is healthy only as long as it serves you. I've found that acknowledging my fear is helpful, but surrendering to it is not.

Knowing this to be true, why is fear such a hard thing to let go of? Maybe I think I can protect myself from the pain of disappointment if I focus on fear instead of hope. Maybe fear itself is just too distracting to ignore completely. Either way, the struggle for mastering fear can be a tough one.

Right now I'm walking on sunshine though, and I'm going to try and keep that feeling going for as long as I can.

I'll be seeing the high risk specialist every 2 weeks for a while, just so we can check in and I can have some peace of mind by way of ultrasound. He said that it wasn't strictly necessary to come in so often, but he wanted me to be able to get some reassurance as often as I needed it. I was all about that plan.

Faith is a wonderful thing, but adding a little reassurance to the mix can't hurt.

Scott and I have been trying to conceive since early July, and I had begun to feel pretty discouraged and fed up with the process. I've been taking supplements (maca root, selenium and mthfr friendly vitamins), avoiding sugar (mostly), and using progesterone oil during my luteal phase for several months now. The progesterone and maca seem to make me gain weight, despite being semi-faithful to my diet, and the extra hormones had been playing holy hell on my mood. When I saw yet another negative test this month I was seriously bummed out.

I nearly skipped taking the second test 3 days later. What was the point? I wondered. The progesterone oil was making me sick and I couldn't wait to stop using the stuff and get on with my next cycle. Still, the test was scheduled on my fertility calendar and according to my own rules I wasn't supposed to stop using the oil until I'd taken at least two tests.

After a day's debate, I ran out to the pharmacy and got myself another test - just because I wanted to remain faithful to my routine. I was shocked when a second, very faint line appeared on the stick. I had a positive! 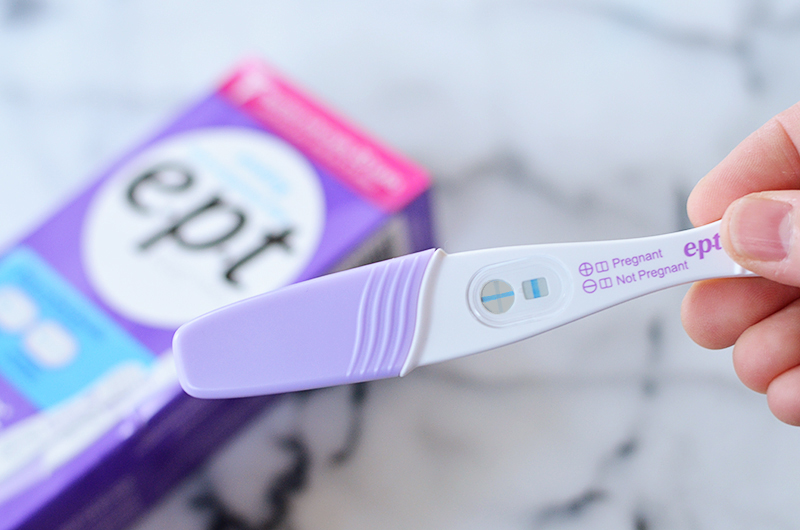 My first round of HCG levels were low, and the second didn't multiply as expected. I waited through the weekend for a third test that would take place on Monday. I must have become quite the pessimist because I really just assumed that it was over at that point - a chemical pregnancy perhaps. But then the results came back with good news. My levels had started to grow more quickly which is very encouraging.

Still, after losing two pregnancies since C's birth I know better than to start picking out baby names just yet. I've been trying to keep my feelings in check by thinking of this as a pregnancy and not a baby - at least not yet. We've dubbed the little lentil (that's how big it is right now) Potential-Leo, and we're doing everything we can think of to try and keep it going.

We have another HCG test on Tuesday, and that will tell us a lot. If the upward HCG trend continues than the pregnancy has a chance of viability. If not...

I kept all of my previous pregnancies secret during the first trimester. I suppose I was worried that telling people would jinx it or that I didn't feel like I could handle sharing such a vulnerable part of myself with the world. This time I've decided to call on all the strength at my disposal, even if it means putting myself out there a little past my comfort level.

In the past, before C, while I was struggling with infertility, I asked the readers of my blog to pray for our baby. C managed to soldier through a fair bit of adversity on his way into the world, so I'm thinking that those prayers really helped us out.

I don't know what will happen next - whether or not this pregnancy will take, or if this story will have a happy ending, but I'd like to ask you to say a prayer for us and our little lentil. Please send us your good vibes, your hopes, your prayers, and your positive energy.

I'll let you know what happens.