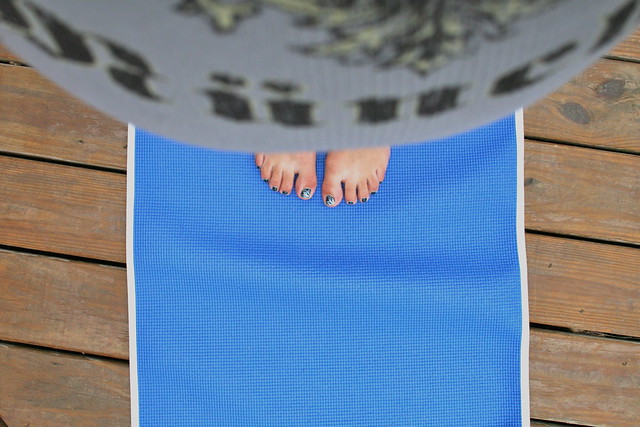 Every time I do yoga I remember how much I love it, and feel like a total dim-wit for not doing it more often. It's no surprise that after my first prenatal yoga class I was pretty much walking on air.

Of course, stretching helped my body feel better. My joints have been a symphony of creaking pops and cracks lately. I've been stiff and sore for months, so you can imagine how nice it feels to finally take the edge off of all that.

On a deeper level, the class helped me to get over the overwhelming sense of fragility that I've had for the past four months. I don't know if this is a normal fear or not, but I am constantly worried that I am going to hurt the baby somehow.

I keep thinking that I am squashing her or hurting her by moving the wrong way. I've got it in my head that I might put him in danger by working myself too hard or trying to do too much. Even sneezing freaks me out, as it is now accompanied by a brief, but sharp pain in the deep pit of my groin.

Thus, the waddling, the shortness of breath, the general feeling of weakness and infirmity that I've been living with. During last night's yoga class, I saw women with third trimester bumps and tiny ten week bellies contorting themselves every which way. They were stretching and twisting like pretzels, balancing one legged, and reaching out to the sky like housing another human being inside your body was the most natural thing in the world.

It is, of course, but it's one thing to say so and another to know so. It's hard to wrap your head around being pregnant, no matter how much you think you are prepared for it.

In the midst of child's pose, I realized that I hadn't bent this far over in weeks. I've been so afraid of hurting the baby that my entire body has been jacked up, held tight in terror as if I were made of glass.

By the end of the class I was pouring sweat. My muscles were burning. My heart was pounding, and for the first time in a while now I didn't feel fragile at all. Not one bit.

I felt strong, and flexible, and sturdy. Boy, did I need that.

You're So Lumpy, Sweet Sixteen

Well, we've gone and done it now. The cat has officially been let out of the bag, and now the whole wide world knows that Babe-leo is on the way. We've recieved nothing but love (or at least almost nothing but love) from our friends and family, and we're super grateful for having such a great community of folks wishing us well. 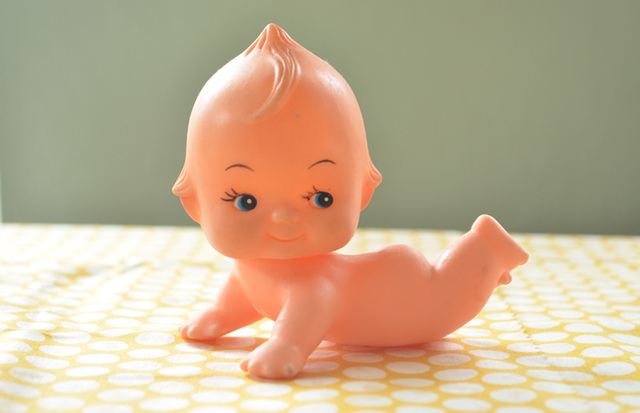 I don't have much news to share this week. People ask me how I'm feeling, and I respond "lumpy" as that is primarily the biggest difference between my current and former state. The bump seems to get bigger and firmer every day. Sometimes I wake up and I could swear that it grew overnight. It's a little hard to get used to, especially when my brain is still so resistant to comprehending the whole "I'm having a baby" thing. In fact, I keep forgetting, and just thinking "boy I'm fat!".

If thick-headedness runs in the family this kid will never have to worry about sharp corners or bike helmets. I'm pretty sure mine is made of concrete. Why can't I get comfortable? Why doesn't this shirt fit anymore? Hey, where did my waist go?

I'm pretty sure I can feel Babe-leo moving now and then. It doesn't happen every day, but every once in a while there it is, a whirly, swirly, bubble-filled flurry of movement in very particular place. "Hey stupid.", it seems to say, "I'm cooooooooooming."